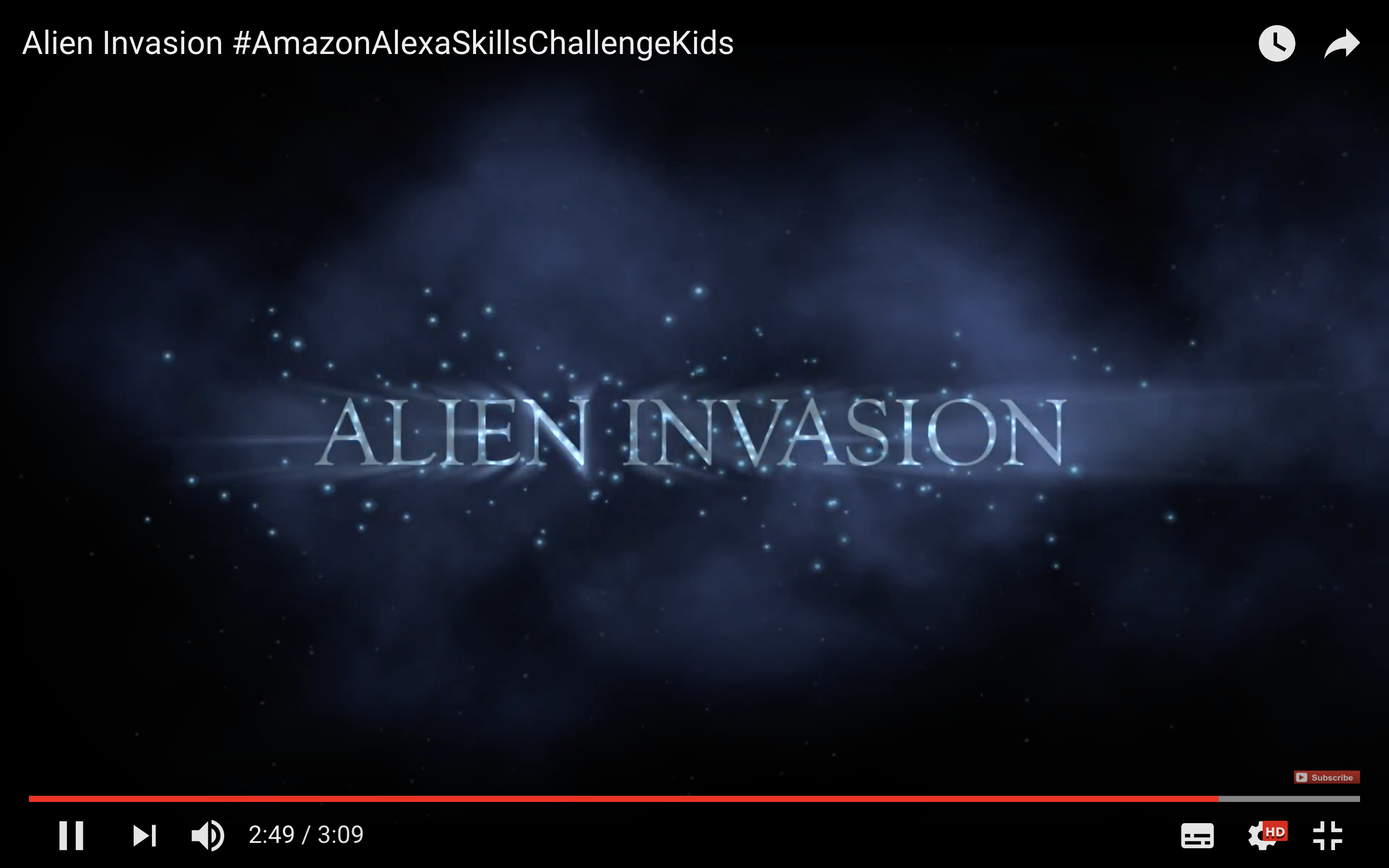 To play the game

Just Say “Alexa, start Alien Invasion” on any of the alexa enabled devices and choose one of the games.

At the University of Waterloo HCI Lab, we are researching the use of robots in education. We are interested in keeping students engaged and having fun while learning. We wanted to tackle different topics within one skill, as well as integrate different game-styles into one. Our goal was to make fun, engaging, and curiosity-inducing games which kids can come back to time and time again.

Alien invasion has three alien-themed games that can be played on any alexa device (echo,dot,tap). Each of the games is targeted to teaching and practicing a different skill in an entertaining way for kids.

How we built it

We used alexa-skills-kit to build the alexa-skill and coded it in python.

Challenges we ran into

The challenges we ran into include figuring out how to use intents in the most efficient way; figuring out whether to define a certain intent through sample utterances, custom slot types, or using amazon built-in intents, for example. We also ran into challenges when considering how to keep intents separate between the three games and not having Alexa get confused between the three.

Accomplishments we are proud of

We’re proud that, with little prior knowledge of voice-interfaces, we were able to create a three-in-one skill which enables them to practice mathematical, critical thinking skills, as well as develop knowledge on topics, such as vocabulary, history, and geography in an exciting way.

What’s next for Alien Invasion

The current games within Alien Invasion can be developed further so that they include more rounds. We’d also like to incorporate speechcons and sounds in the games to make them more engaging. Additionally, the skill can be extended by adding more games and topics.

We would like to thank Alex Williams, Lisa Elkins, Hemant Surale, and Louis Kuang for helping us with the demo video, and Edith Law for constructive feedbacks.